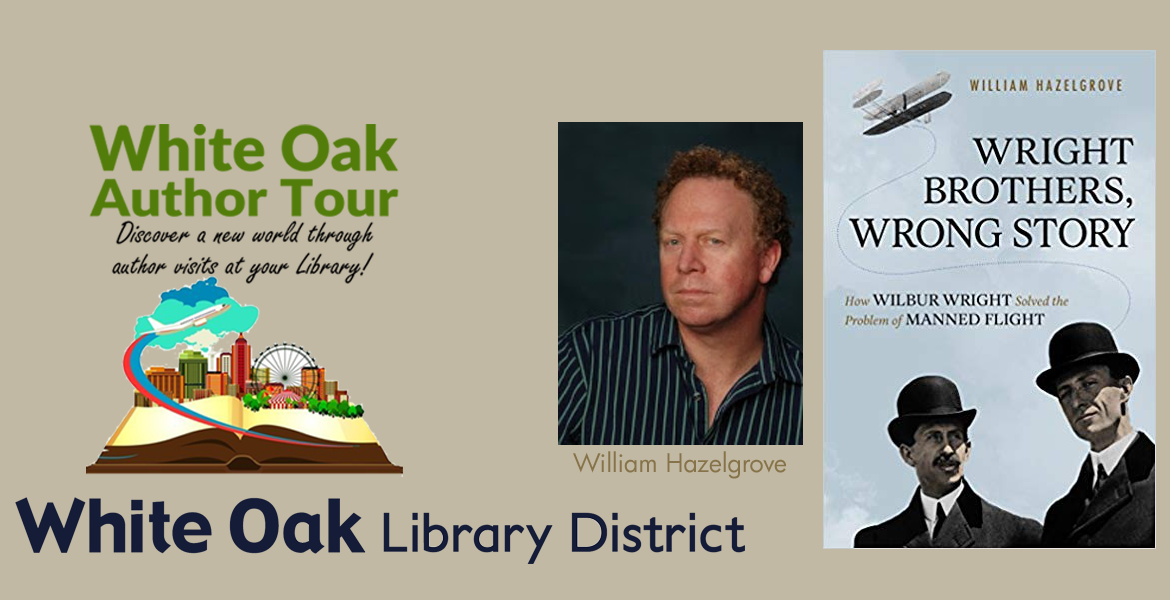 This book is the first deconstruction of the Wright brothers myth. They were not — as we have all come to believe–two halves of the same apple. Each had a distinctive role in creating the first “flying machine.”

How could two misanthropic brothers who never left home, were high-school dropouts, and made a living as bicycle mechanics have figured out the secret of manned flight? This new history of the Wright brothers’ monumental accomplishment focuses on their early years of trial and error at Kitty Hawk (1900-1903) and Orville Wright’s epic fight with the Smithsonian Institute and Glenn Curtis. William Hazelgrove makes a convincing case that it was Wilbur Wright who designed the first successful airplane, not Orville. He shows that, while Orville’s role was important, he generally followed his brother’s lead and assisted with the mechanical details to make Wilbur’s vision a reality.

Combing through original archives and family letters, Hazelgrove reveals the differences in the brothers’ personalities and abilities. He examines how the Wright brothers myth was born when Wilbur Wright died early and left his brother to write their history with personal friend John Kelly. The author notes the peculiar inwardness of their family life, business and family problems, bouts of depression, serious illnesses, and yet, rising above it all, was Wilbur’s obsessive zeal to test out his flying ideas. When he found Kitty Hawk, this desolate location on North Carolina’s Outer Banks became his laboratory. By carefully studying bird flight and the Rubik’s Cube of control, Wilbur cracked the secret of aerodynamics and achieved liftoff on December 17, 1903.

Hazelgrove’s richly researched and well-told tale of the Wright brothers’ landmark achievement, illustrated with rare historical photos, captures the excitement of the times at the start of the “American century.”

New in 2019, we are excited to announce the start of the White Oak Author Tour! Six times a year, twice at each Branch Library, authors who write about a variety of topics and genres will give after-hours talks and book signings. These will be true author receptions with light appetizers and wine, which makes this a perfect event for nights out by yourself, with a loved one, or with a group of friends.

These evenings are adults only events for those 21 and older, and you will need to sign up.

Amy is the Crest Hill Branch Manager and Editor of White Oak Blogs. She has worked for the District since November 28, 2011. She loves to read fiction, most especially cozy mysteries, nonfiction craft books, and self-improvement books. She is an animal welfare advocate, and especially loves Chihuahuas, Pitbulls, & Chimpanzees. Her favorite type of music is punk, and her favorite band is The Clash - The only band that ever mattered.